Turene Evelyn Malafa, age 101, of East Grand Forks, MN, passed away, peacefully, on December 16, 2021 at the Good Samaritan Society in Blackduck, Mn, with her daughters by her side.

Turene was born December 19, 1919 in rural East Grand Forks, MN, daughter of Edward and Anne (Hegland) Torgerson. She grew up and attended school at the Poplar Grove School, District 223, Bygland, MN. Her favorite teacher was Adeline (Torgerson) Thorson. She remembered the names all her teachers and classmates. Her memory remained intact all the days of her life.

A farm girl of the Depression Era, she was no stranger to hard times and hard work. She helped her Dad plowing the fields with horses. At the very young age of only 13, she had to make her own way in the world, first by working in the homes of various families, taking care of children, preparing meals and doing household chores for basically room and board. After several years, she grew tired of living with families and eventually saved up enough money to rent a one room basement apartment for $8.00 a month. She then went on to work in various stores in town until she married the first love of her life, Francis Cariveau. They married in 1942 and she moved with him back to the country where they lived and farmed. They had 4 children together, the youngest son only lived to be 10 months old.

After Francis passed away in 1957, Turene went to work at the Sacred Heart Church Rectory, followed by the Coast to Coast Hardware Store. After several years, she met the second love of her life, Vern Malafa and they married in 1963. She was happy to add his three children to “their” family. And now there were 6!! They spent 39 happy years together until his death in 2002. They had a full and busy life of traveling, fishing, and playing music. At the age of 60, she learned to play the drums and accompanied Vern on the accordion, along with their band, for nearly 20 years! They played Polka Music all the way to Texas and back! As a young child, she played the organ, accompanying her Dad on the violin. Later, she learned to play her Dad’s violin and was asked to play a solo at UND.

Her main interest, of course, was her family. She was a devoted wife, loving Mother, Grandmother, Great-Grandmother, Great-Great-Grandmother, Sister and Aunt. Turene welcomed anyone, friend or stranger, whomever stopped by. The coffee was always on and was served with fresh homemade cookies, doughnuts or pie, after a meal, of course. She was never idle, always keeping busy with gardening, canning, baking, artwork, and sewing. after her normal work was done. She hand stitched and hand quilted probably 40 quilts or more. Some of her famous sayings are; “If you’re bored, I’ll find you some work” “It’s good therapy to make bread” “Do it, if you know what’s good for you” and “ Just let it go, like water over the bridge” and “I love you”.

*It is recommended that everyone wear masks to the service, please. 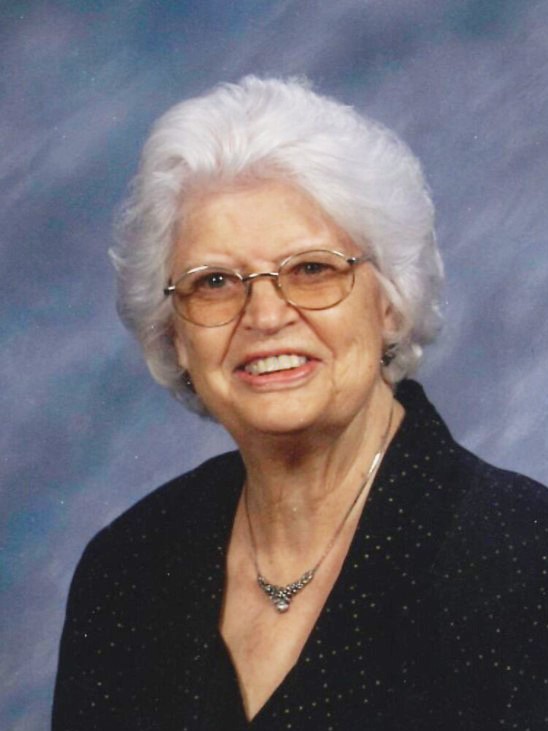