Terry graduated from Larimore High School in 1972 and married David Lee Snyder in December 1977. Terry and Dave had a daughter, Nichole, in 1979.

Over the years, Terry worked at the Hitching Post in Arvilla, Coast to Coast in Larimore, and at few stores at the GFAFB, before going back to school and graduating from Northwest Tech in East Grand Forks, MN.

Terry married Steven Larson in 2003. Terry and Steve lived in South Dakota and later moved back to ND. After Steve passed away in 2019, Terry moved to the Colton area to be closer to her grandchildren.

Terry was a kindhearted, generous woman who loved God and her family.

She very much enjoyed landscaping and working in her beautiful flower gardens until she was physically unable to do so. Terry also loved nature, visiting with close friends and family, helping others, road trips, and her grandchildren as they were the love of her life.

She is survived by her daughter Nikki Boer; her siblings, Claire Thompson, Mike Galbraith, Jay Galbraith, Jodi Otto and Brian Galbraith; and her grandchildren Drea and Rachel Boer.

She was preceded in death by her father Earl Galbraith, her mother and stepfather Leodina and Louie Steffen, husband Steve Larson, siblings Renee Kvernen and Kevin Galbraith.

Per Terry’s wishes, no services are planned. A small burial service will take place this spring at Zion Lutheran Cemetery, Valley City, ND. Memories may be shared and viewed on the Dahlstrom Funeral Home website www.dahlstromfuneralhome.com on her obituary page. 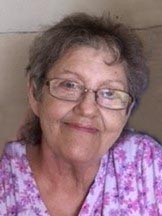