Sam unexpectedly passed away on January 28th, 2022 at 7:30 in the morning at her winter home in Peoria, AZ. She was attended to by her husband, George, who stood by her side while emergency responders were attempting to save her life.

Sam was born in Valley City, ND to William (Bill) Fredrick Ratzlaff and “Betty” Falvey-Ratzlaff on February 26, 1952. As a young child, she moved to Grand Forks, ND where her parents were transferred from Ma Bell telephone company.

Sam started her nursing career in St. Mary’s hospital in Detroit Lakes, MN, and later at St. Luke’s (Meritcare) hospital in Fargo, ND, where she worked in the heart cath lab. She loved taking care of her patients and working with her co-workers, many of them still remain close friends to this day.  Her work with heart patients lead to Sam’s desire to get involved with weight loss education.  She eventually left the hospital and opened her own weight loss clinic “Sensibly This”. Sam built this into an incredibly successful business, serving North Dakota and Minnesota residents, until her retirement in 2001.  During her tenure at Sensibly This, she wrote and published cookbooks, two of which were on the N.Y. Times Best Seller’s list.  She also lectured at local events and on local and national television in the US and Canada.  During her professional career, Sam was named Business Woman of the Year and was recognized by local and state officials for receiving many award certificates.  In 1992 she participated in the Mrs. North Dakota Beauty Pageant and finished as the first runner-up.

After she sold her business, in 2001, she vacationed on the island of Maui in Hawaii.  She fell in love with the island and purchased a beautiful oceanfront condominium on the upper west side.  There, she met her husband George, the true love of her life. After knowing each other for only three weeks, they decided to get married and spend the rest of their lives together. At the time of Sam’s passing, they were married just short of 20 years. They established their permanent home on Long Lake near Detroit Lakes, MN, and maintained temporary residences on Maui, Hawaii, in Arizona, and in Fargo, North Dakota.

Sam loved to dress exceptionally fashionable and had a knack for interior design and decorating.  She loved to entertain family and friends with exquisite table settings and multi-course dinners.  No matter where Sam was, she loved conversation with all people.  Her favorite past-time activities were spending each and every moment with her husband, George, playing games with her grandchildren and spending time with them at the lake and at their home in Maui. She was a competitive card shark and loved to gather with her friends for cards, and she never cheated!

Sam has requested her remains to be cremated with no services or memorials.  There was a short private gathering with Sam’s immediate family. In lieu of flowers and cards, Sam would like you to make a donation to your favorite charity. 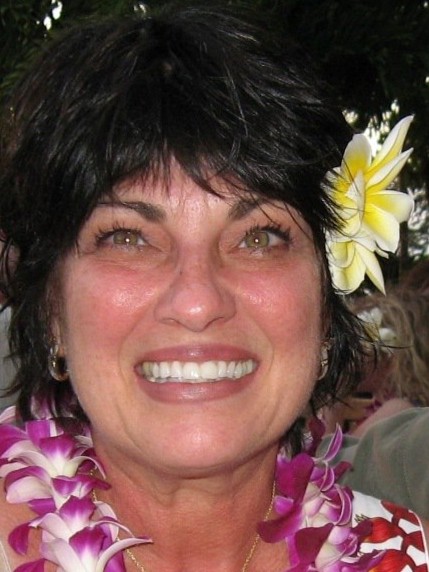