On Sept. 16, 2022, God opened His arms and welcomed home His good and faithful servant, Rodney Wendell Oistad, 89, Fertile, Minn. He was surrounded by family.

Rodney was born July 4, 1933, in rural Shelly, Minn., to Selmer and Clara (Holm) Oistad. He was baptized and confirmed at Zion Lutheran Church in Shelly. He was the youngest of eight children.

Rodney attended Irvin/Marsh River grade school and Halstad High School. A gifted athlete, he excelled and enjoyed playing basketball and baseball for the Pirates. He loved growing up on his riverside home farm. He found joy in farming, hunting, and was a member of the FFA chapter. Rodney graduated in 1951. Though the youngest, Rodney was very connected and devoted to his family and siblings throughout his life. Nothing meant more than family, and this connection would lead him to follow his older brothers and sister to California.

He was heavily recruited by UCLA, but a clerical error and class requirements landed him at Valley Jr. College in Van Nuys, Calif., where he began his collegiate baseball career. A baseball scholarship offer from the University of Minnesota (Twin Cities) would bring him HOME.

He was a stand-out pitcher for the Gophers, earning a 1956 NCAA World Series Championship, and was drafted into Major League Baseball after his 1955 season. He deferred to remain in college and complete his education, earning degrees in Physical Education and History in 1956. An arm injury sustained that last year prevented him from entering the MLB, but again…led him HOME.

Rodney returned to rural northwest Minnesota after college graduation and taught social studies for one year at Fertile. He was drafted into the Army in 1957 and was stationed in Germany. He proudly served his county for two years and was honorably discharged in 1959. Rodney again came HOME.

On June 12, 1959, he married the love of his life, Barbara Hamre, at Concordia Lutheran Church in Fertile and moved to Crookston, Minn., where they started a family. Rodney was a juvenile probation officer for Norman, Polk and Mahnomen counties. They relocated for a brief time to White Bear Lake, Minn., where Rodney worked at Lino Lakes Corrections Facility. In both of these positions, Rodney’s generous heart and endless empathy toward those around him became apparent.

In the mid 1960s, Rodney and Barbara moved HOME to Fertile. They built a house along the Sand Hill River and not long after, Rodney took a job at the Fertile-Beltrami School. It was his calling. He taught history and physical education and coached boys and girls basketball, baseball and volleyball. He retired from Fertile-Beltrami School in 1993.

Rod held a variety of summer jobs, driving semi-truck, driving gravel truck for Bakken & Malhum Trucking, and helped local farmers with harvest. He loved restoring old cars, woodworking, telling stories, and music (his jingles are shared and sung by his children and grandchildren).

Rodney also had a special soft spot for animals. Whether it be horses or dogs, no animal would receive anything but the best treatment and adoration. A furry friend would always make him smile.

Gifted from God with witty humor, an unselfish nature, and a compassionate soul, he was a role model and mentor to all who crossed his path. His “family” was inclusive. All were welcome.

Always at the forefront of Rodney’s life were his family and wife, Barbara, and children…Shelley, Kristi, Melissa, Maria, and Timothy…their families…and his extended family of co-workers, friends, students and athletes. He loved to tease. He loved to give. His devotion to their lives,  families, and interests were always unparalleled. This is his legacy.

He was preceded in death by his parents, Selmer and Clara; brothers, Arnold, Cyrus, Noel, Merrill, Jerome, and Joseph; sister, Marian Laws; and many brothers and sisters-in-law.

Visitation: 5:00 PM to 7:00 PM, Friday, September 23, 2022 at Concordia Lutheran Church, Fertile, MN, with a prayer service to begin at 6:30 PM. Arrangements are with Erikson-Vik-Ganje Funeral Home of Fertile, Minn. 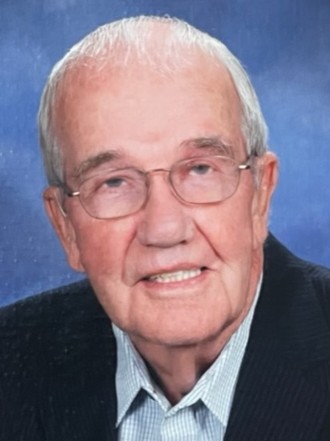