Robert Gudmund Thompson, the son of Rudolph and Hjordis (Torstad) Thompson, was born on June 23, 1946, in Grafton, North Dakota. He was raised on a farm near Grafton, and attended school at Grafton.

He married Beverly Barsness on July 20, 1973, in Aberdeen, South Dakota. They lived on the farm near Grafton, North Dakota, until moving to Grand Forks in November of 1979. He was a long time employee of H.E. Everson Company, starting with truck driving and later became part of the management team. After early retirement, he returned to truck driving for M-Bar D and driving truck for harvest.

He loved to golf with his friends at the Larimore Golf Course, and was a loyal Fighting Sioux hockey fan. He loved his family and spending time with his grandchildren. He was a genuinely all-around amazing man, who loved visiting, getting to know people, and helping others any way he could.

Memorial Services will be 2:00 p.m. on Monday, February 7, 2022, in Amundson Funeral Home, 2975 S. 42nd St., Grand Forks. Visitation will be one hour prior to the service in the funeral home. Interment will be in the Grafton Lutheran Cemetery at a later date. An online guestbook is available at www.amundsonfuneralhome.com. 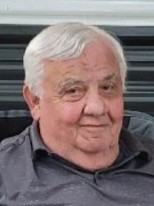