Phyllis Jerstad, 93, of Urbandale, Iowa, passed away on February 26, 2022, at MercyOne Hospice in Johnston, Iowa.

Phyllis was born on March 15, 1928, to Sebastian and Alutzia Wald in Zeeland, North Dakota. Phyllis grew up on the family farm in Edgeley, North Dakota. She graduated from Edgeley High School and spent a year in business college. Phyllis married Lincoln Jerstad on June 5, 1951. Phyllis and Lincoln settled in Dunseith, North Dakota, where Lincoln served as the Superintendent of Schools from 1961 to 1969, and Phyllis worked as the administrative assistant for the school district. In 1969 Phyllis and Lincoln moved to Grand Forks. For many years, Phyllis stayed at home to raise their three children. Once all three kids were in school, Phyllis began working at Dayton’s department store. She worked in the children’s department and became the representative for collectible dolls. In 2000, after retiring from Dayton’s, Phyllis and Lincoln moved to Fargo.

Phyllis became a widow in 2007 after the passing of her beloved husband, Lincoln. She moved to Des Moines, Iowa, shortly thereafter, where she lived until her death. Phyllis was a fashionista. Her other interests included sewing, traveling, gardening, and cooking, particularly with fruits and vegetables from her garden. Phyllis was particularly known for her fabulous potato salad.

Phyllis is survived by her children, a son Robert (Tina) Jerstad of Urbandale, Iowa; two daughters, Lori (Steve) Anderson and Kari (James) Coler, both of San Diego, California; four grandchildren, Nicholas and Scott Anderson and Ava and Jack Jerstad; and one sibling, a sister Rosie of Casper, Wyoming.

The family requests that in lieu of flowers, please make a donation to the American Cancer Society or the Humane Society of Fargo Moorhead in Phyllis’ name.

Funeral Service will be held Thursday, March 10, 2022, at 10:00 am, with visitation an hour prior to the service at Holy Cross Catholic Church, West Fargo, North Dakota.

Burial will be at Riverside Cemetery, Fargo, North Dakota.

Condolences and memories may be shared at www.hansonrunsvold.com 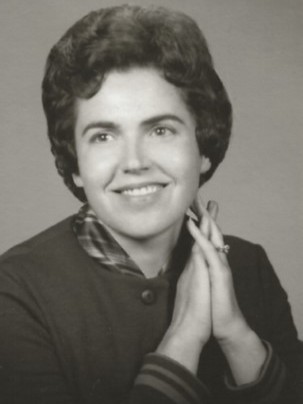