Paul was married to Elaine Jacobson and later separated. They had two wonderful children, Nicolas and Morgan, both of Illinois. He enjoyed watching movies and the Minnesota Vikings and playing card games with his children. He also enjoyed spending time with friends from the VFW and celebrating Fourth of July in North Dakota.

Paul is survived by his children, Nicolas and Morgan; sister, Sandra Austin and Connie (Dale) Elverud; many nieces, nephews and cousins. 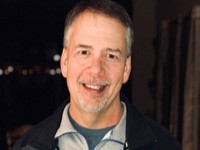