Pat Endres, 68, of Grand Forks, ND died on the evening of Sunday, December 19, 2021, at Altru Hospital following complications of a stroke.

Pat, the eldest son of Rodell and Gloria Endres was unmistakably one of the nicest men you’ve ever met. Living most of his life in Grand Forks, Pat started working at the El Roco in 1974. The El Roco, founded in 1952, a local nightclub and bottle shop was a family-owned establishment where many local friends shared laughter, dancing, and some even found their spouses. From sweeping the parking lots to bartending to eventually taking over the financial aspects of the business, Pat enjoyed the comradery of regular customers and friends and co-workers.

Pat was an extremely humble guy; however, he wouldn’t disagree if you told him he was a high school hockey star! Pat played for both St. James and Central High School graduating in 1971. After high school, Pat attended NDSCS in Wahpeton.

In his short life, Pat was lucky enough to have two loves, his first wife, Nancy (Montgomery) Endres and Laura (Hammack) Endres who he married in 2006.

Pat’s sons, Jason, and Shaun filled his heart with pride. As the boys were growing up the family spent countless hours traveling, supporting, and pursuing their son’s hockey careers. Pat was always their number one fan. The boys blessed him with 2 wonderful daughters-in-law and 7 grandchildren! Pat truly enjoyed spending time watching his grandchildren pursuing their individual dreams. He also felt blessed to be a bonus Dad to his niece, Mandi, and Laura’s daughters, Katie and Mary. He was an amazing brother, incredible uncle and great uncle, loving husband, and best friend to so many!

As a young man, (Pinto Patty) enjoyed barrel racing, riding his horse Lightning in parades, motorcycles, cars and hockey. Although he gave up barrel racing, his love for hockey, motorcycles and spending time on Maple Lake was lifelong. Along with his crew, Pat’s motorcycle adventures let him though every state except Alaska! This past spring a cabin on Maple Lake became his latest passion that he was to share with his wife and brother, Paul. Although short lived he enjoyed every moment he was there, Priceless!

Pat was a member of the Optimist Club, where he became a gift wrapper extraordinaire and an active member of the Kem Shrine Cycle Core. We will miss cheering him on as he rode his Harley during local parades and miss his great smile while he was refilling our plates at the Annual pancake breakfast for the Shriners.

We will miss so many things about our beloved Pat, his little ideocracies such as constantly pushing his auto start throughout the winter, shouting Merry Christmas at any time of the year, bringing smiles and laughter along with it and needing a spot at the restaurant where his back to the wall, just to name a few.

Pat was preceded in death by his parents; a sister, Doris; a grandson, Bennett; a nephew, McCain and a sister-in-law, Terri. 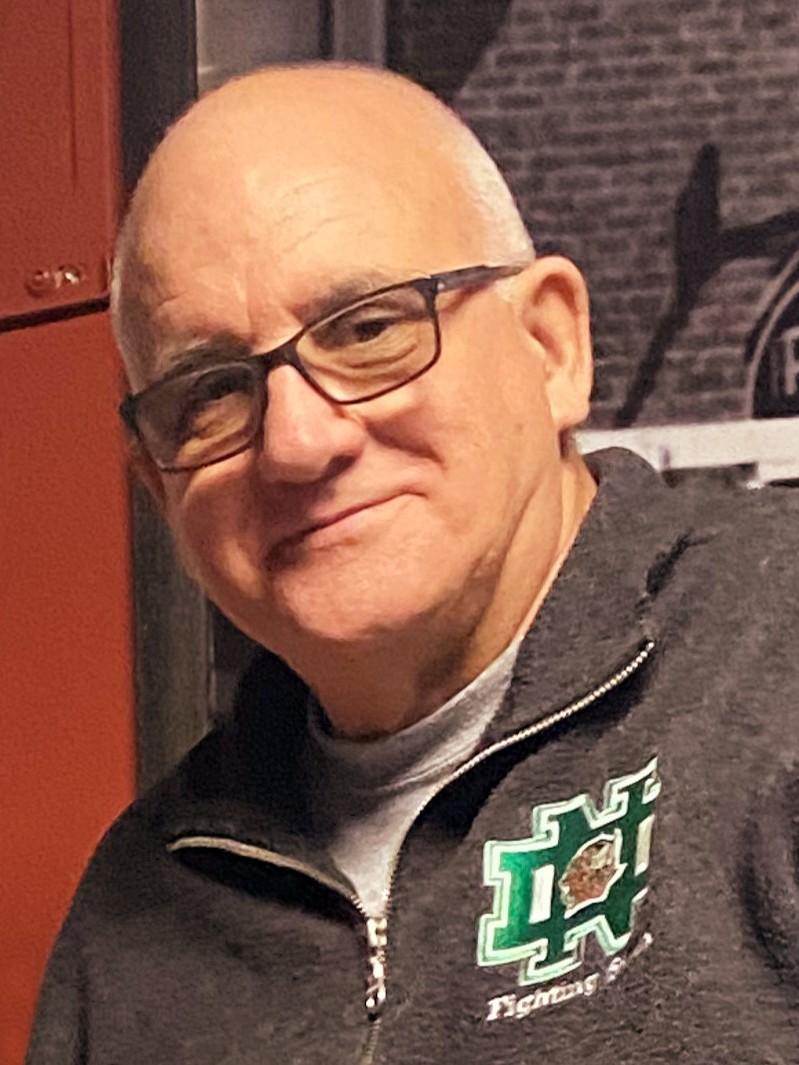