Norman Louis Wesolowski Jr. passed away peacefully in the place he called home, The Big Horns on June 18, 2022.

Norm married Kelly Ducioame on May 8, 1991; of this union daughter Kassi was born. He was later married to Ann Schafer on December 3, 1996, and to this union son Dylan and daughter Autumn were born.

In August 1995, he moved to Cody, WY. It was here that Norm found his favorite places that he called his sanctuaries and was able to continue his passion for the outdoors, being an accomplished hunter and fisherman, and finding any water for an opportunity to boat and fish.

One of the greatest passions in life were his grandkids Bryleigh and Bryson. He was always making time for family and friends. Next to those things, his next great accomplishments was passing his Master Plumbing test and starting his successful business. His garden and chickens were something that he never failed to tend to. The canning he would do in the fall was proof of how successful of a gardener he was. In the fall, there were numerous times he would pack up his truck and head to ND/MN to help his brother Nathan and his dad during harvest.

For a man whose smile would light up any room, he would try so hard to be stoic. He never failed to lend a helping hand to family, friends, and business associates.

He is survived by his children, Kassi, Dylan, and Autumn; grandchildren, Bryleigh and Bryson; mother and step-father, Mary and Edward Herda; sister and nephews, Michele, David (Megan) and Michael; brother and nieces, Nathan (Erin), Shelby, and Lauryn; great-nephew, Link; significant other, Donna Merritt; grandchildren’s father, Josh Baily; many aunts, uncles, and cousins; special friends Russ and Michele McGriff; the best pet companions anyone could ask for, Coco and Izzy; and more friends than we could count.

He was preceded in death by father Norman, maternal and paternal grandparents, several aunts, uncles, cousins and beloved dogs Max and Kylie.

Arrangements are being made through Ballard Funeral Home 636 19th St Cody, WY 82414 and to send condolences to the family please visit www.ballardfh.com 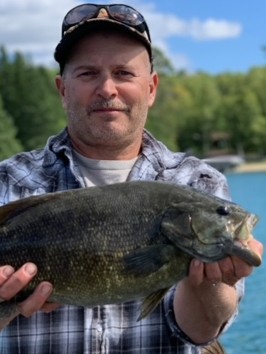