Nancy Kristen Omdahl died peacefully in her Watkinsville, Ga., home on September 7, 2022. She was 55.

Nancy was born on December 8, 1966, in Bismarck, N.D., and spent her childhood in Bismarck and Grand Forks, N.D. Nancy graduated from Grand Forks Central High School in 1985. She earned her bachelor’s degree from the University of North Dakota in 1989, where she served as the editor of the university newspaper, the Dakota Student, and as a volunteer at public radio station KFJM-FM. Nancy and Tom met as student journalists at UND and married on June 3, 1989. Before leaving North Dakota, Nancy worked as a public relations assistant for the North Dakota State Fair. Nancy and Tom relocated to Lincoln, Neb., where they began graduate education at the University of Nebraska-Lincoln. Nancy earned her Master’s degree in 1990 and then worked as an editor for the Nebraska Center for Continuing Education. Nancy and Tom relocated to Athens, Ga., in 1994 when he accepted a position at the University of Georgia. Nancy continued to work as a writer and editor for the Georgia Center for Continuing Education as well as local newspapers and magazines for the next two decades, including several years as editor of Athens Parent Magazine. In recent years, she worked in K-12 assessment for the Georgia Center for Assessment.

Nancy was a long-time participant in Covenant Presbyterian Church in Athens, where she led a number of children’s activities including Vacation Bible School and Sunday School. She was giving of her time to support food distribution and homeless relief efforts hosted by Covenant. Nancy had many creative outlets that enriched all who knew and loved her. In addition to her writing, she enjoyed gardening, sewing, quilting, paper crafts, and pottery. She generously shared personally crafted items with family and friends. Nancy also had a great love of the outdoors and a sense of adventure. She visited many national parks with her family and had a particular love of the North Shore of Lake Superior. She joined Tom on several international trips, including a semester when the family lived in Porto Alegre, Brazil. Those who knew Nancy best always remark about her boundless kindness, giving spirit, deep gratitude, and love of children and animals, including her two golden retrievers, Scout and Jussi.

A memorial service will be held Saturday, October 1 at 11:00 a.m. at Covenant Presbyterian Church in Athens, Ga.

In lieu of flowers, the family requests donations to the Food Bank of Northeast Georgia.

Bernstein Funeral Home is in charge of funeral arrangements. 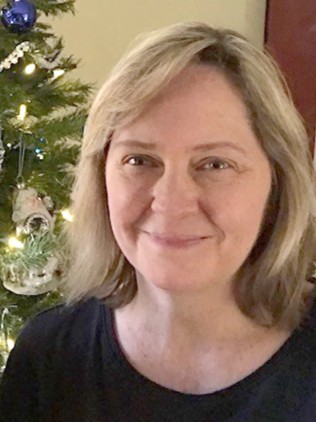