Lyle Oliver Nelson was born on March 31, 1932, the son of Nels and Josie (Amundson) Nelson. He was raised on a farm near Gary, MN where he attended a country school graduating from Gary, MN high school in 1950. Lyle attended Gale Institute in Minneapolis, MN studying telegraphy. He was a depot agent for Northern Pacific, now Burlington Northern/Santa Fe for forty-four years, retiring in 1995 as traveling agent in Grand Forks. In 1992 Lyle was the recipient of the Burlington Northern Presidential Award.

Lyle served during the Korean War from 1952-54. On April 16, 1955 Lyle and Yvonne Haugen were married at Concordia Lutheran Church, Fertile MN. They lived in Bowesmont, Gilby and Grand Forks during their married life. They have two children, Peggy and Terry.

Lyle’s hobbies were golfing, reading, traveling, sporting events and spending time with his family whom he loved dearly. He served on a school board and city council as well as with a volunteer fire department in the communities in which they lived and on church councils in each community. In retirement he took great pleasure helping anyone in need and thoroughly enjoyed his many volunteer opportunities.

Funeral Services will be held at Sharon Lutheran Church in Grand Forks, ND on Wednesday, December 22, 2021 at 11:00 AM with visitation one hour ahead of the service.

Interment will be in Memorial Park North Cemetery, Grand Forks, ND.  An online guestbook is available at www.amundsonfuneralhome.com. 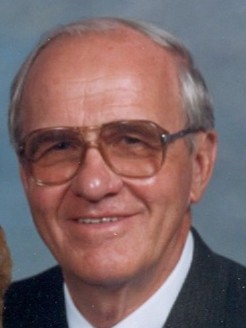