Larry P. McMenamy, age 78, of Lakeville, formerly of East Grand Forks, MN, passed away peacefully at his home on June 12, 2022 surrounded by family.

Larry’s biggest passions were golf, softball and Fighting Sioux hockey (Not fighting Hawks). If you have never met Larry, you still probably heard him chewing out a referee by name after a questionable call, always when the fans were silent. He finally retired as a pitcher of slow pitch softball after receiving a line drive to the eye stating “I am getting slow.” Then there was golf. His group of buddies were usually the first and last of the year to tee off at EGF Valley Golf course. Both occasions determined by snow on the course. On June 15th 1997 at 53 years old he placed back-to-back hole in ones. (See Grand Forks Herald June 23 1997). Larry loved life and family. He was known for his unusual and witty sense of humor and sayings that described life well. His grandchildren’s favorite was “Tougher than a woodpecker’s lips.” Annually he and Dianne headed west where they enjoyed children and grandchildren from the seat of an ATV exploring the Wind River mountains. Finally, a break from winter with family in Arizona where he eventually suffered his first of several strokes leaving his right side paralyzed but not helpless. They finally sold Dianne’s family farm and moved to Lakeville MN to be close to their youngest daughter Lindsey and her family. He will be missed but not forgotten. 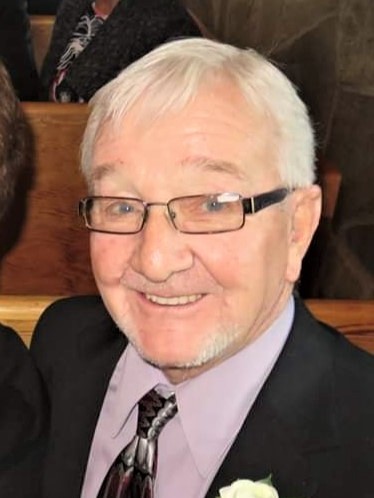