Laddie Novak Jr (69) of Grand Forks, died Tuesday May, 24, 2022 at Altru Hospital surrounded by his family.

Laddie was born June 1, 1953 in Devils Lake ND. Son of Laddie and Marie (Mala) Novak. He married Paulette Schulz in East Grand Forks, MN in 1976. They lived in Grand Forks, ND where Laddie worked for their family business Laddies Meats which then became L&M Meats. He worked at the meat shop from the age of 13 along side his dad and brothers, where he worked his entire life making sausage with his dad in the back.

Laddie loved many things including fishing, hunting, cooking, gardening and canning. He enjoyed time with his lifelong friends, the Spicer family. He also had a special place in his heart for his dogs throughout his life, but his biggest love was his wife, children and grandchildren.

He is survived by his sister, Vera Novak (Tom), Jeff (Cindy) and Garry; Numerous nieces and nephews.

He is preceded in death by his parents and his sister, Ilona.

A memorial service will be held on Wednesday, June 1st, at 11:00AM at Trinity Lutheran Church in Manvel, ND. Dinner to follow.

Visitation will be 9:30-11AM prior to the service. Interment will be determined at a later date.

Arrangements are with Amundson Funeral Home of Grand Forks, 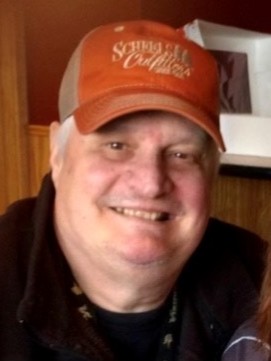