John Nicolai “Nick” Sveen was born July 8, 1927 on a small farm north of Edmore, ND to John and Magdalena (Anderson) Sveen. The family moved to the Magnus Brevik farm north of Edinburg. The family lived there for several years and he started school in the Lampton township section 8 school. They moved to the current family farm near Edinburg and he continued school at Lampton Section 11 School. He graduated from Edinburg High School in 1945. Nick was registered for the WWII draft but the war ended and he stayed in the area until being drafted for the Korean War in 1951.

He met Maxine Westberg and they were married on March 15, 1951 in Minneapolis, MN before deploying to Korea to serve with the 25th Infantry division. After returning from Korea he started farming and eventually buying the family farm where he and Maxine lived together for 71 years until health issues led to both of them being hospitalized and moving to nursing homes, ultimately both living at the Good Samaritan Society in Park River until Maxine’s death on Sept. 16, 2022. Nick stayed at Good Samaritan until Nov. 13, 2022 where he died surrounded by his family, on what is Father’s Day in Norway. He was a proud Norwegian-American, only speaking Norwegian until learning English in school.

He was a member of the Trinity Lutheran church of Edinburg and the Davidson American Legion Post #156 of Edinburg.

“Nick was the last of Julius M Sveen’s grandchildren living in the US and Norway. A great man is gone. I am so sorry.” Thore Maelen, cousin from Norway sent via Facebook.

Funeral services will be Thursday, November 17, 2022 at 10:00 AM at the Trinity Lutheran Church of Edinburg, ND. Visitation will be Thursday for one hour prior to the service at the church. Interment will be at Trinity Lutheran Cemetery, Edinburg, ND in the spring. Military rites will be provided by the Davidson American Legion Post #156 and the North Dakota National Guard Honor Guard.

The funeral service will be live streamed on the Tollefson Funeral Home Inc. Facebook page.

He was a great man who lived a great life with the love of his life, Maxine.

The Tollefson Funeral Home of Edinburg is in charge of the arrangements. 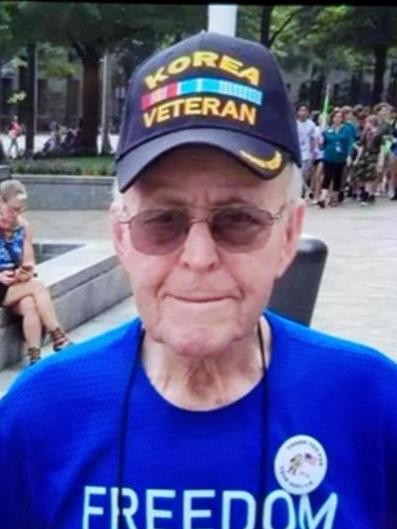