Jerry was born on August 18, 1941, in Rugby, ND the son of Edward and Anna (Fritel) Olderbak. At a young age, he moved with his family to Grand Forks, where he attended school and graduated from St. James High School in 1960. After high school, he was employed with Peterson Construction and then started his career at Minnkota Power Company as an equipment operator. He trained to become a lineman and lineman foreman, until his retirement in 1985.

In high school, Jerry met the love of his life, Bonita “Bonnie” Lee. Jerry was the captain of the football team and had the privilege of crowning Bonnie homecoming queen their senior year. Jerry and Bonnie married on December 28, 1965, in St. Michael’s Catholic Church in Grand Forks. Bonnie referred to Jerry’s garage as the “million-dollar garage”. It was a place of learning and family time. He had a strong work ethic and was very mechanically inclined, which he passed along to his children.

He enjoyed repairing cars and spending time with his family and friends. Jerry was a member of the Knights of Columbus and was a member and volunteered at St. Michael’s Catholic Church.

Jerry was preceded in death by his beloved wife, Bonnie; his parents, Edward and Anna Olderbak; his brother, John Olderbak; sisters-in-law, LaVonne Montgomery and Marge Olderbak and brothers-in-law, Vern Krile and Robert Montgomery.

Visitation: One hour prior to the liturgy in the church on Friday. 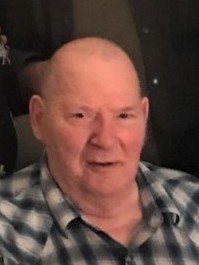