James Lyle Vigness was born on September 14, 1962, in Thief River Falls, MN the son of Lester and Lois (Bendickson) Vigness. He grew up in Thief River Falls and attended Washington Elementary School, Franklin Middle School and graduated from Lincoln High School in 1981. James went on to graduate from Northland Technical College with Associate of Arts degree in 1984. He then attended Hibbing Skills Course for police training and graduated in November 1984. Jim married Jody Dallmann on April 1, 1989, in Our Redeemer Lutheran Church in Thief River Falls.

Jim held a variety of jobs before starting his career in law enforcement. He was employed with McDonalds, where he made the first quarter pounder in Thief River Falls. Also, he was employed as a lifeguard, Trade Home Shoes, Thief River Falls Racquet Ball Club, Kmart and Holiday Service Station. He joined the Grand Forks police Department in 1986 and served as a police officer until his retirement in 2015.

Jim was known for his sense of humor, telling stories and pulling pranks on his co-workers. He was very good at performing magic tricks and liked watching old movies, especially 50’s horror flicks. He travelled to many places in the United States and enjoyed his Viva Las Vegas trips. Most of all, he loved 50’s music, especially Jerry Lee Lewis and Elvis. Sadly, from 2018 to the present, Jim spent many weeks in hospitals and nursing homes. 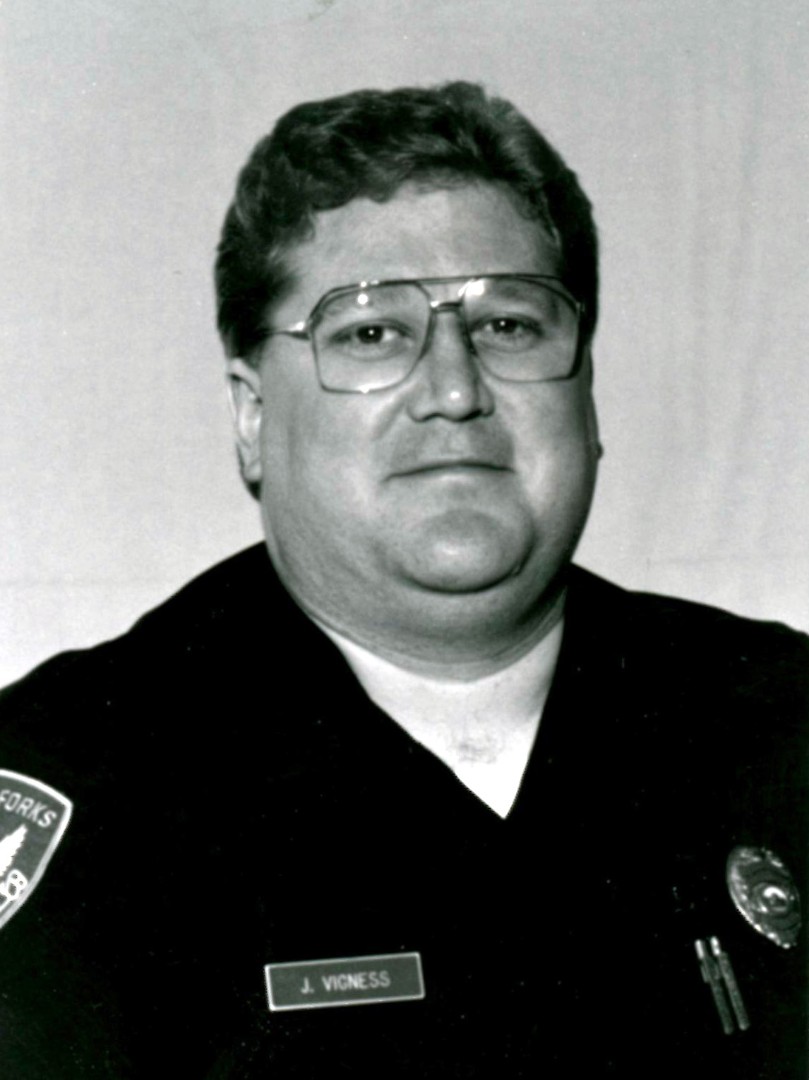