Memorial Services will be held at 10:00 am Saturday, April 2, 2022 at First Lutheran Church in Bemidji with Pastor Kayla Billings officiating. Interment will be at the Greenwood Cemetery in Bemidji in the summer under the direction of the Cease Family Funeral Home in Bemidji.

Helen (Rasmussen) Tangen was born on April 4, 1925, near Grygla, MN, to Alfred L. Rasmussen and Emma A. Hylland. She was baptized at Valle Lutheran Church in Grygla and attended elementary school in Renville Township in Beltrami County. She attended high school at the Northwestern School of Agriculture in Crookston, MN, graduating in 1942. She then attended Bemidji State Teachers College, receiving a two-year elementary education degree in 1944. Helen taught in Roseau, MN, for two years and then in Thief River Falls before her marriage to Dennis S. Tangen on June 20, 1947, at Calvary Lutheran Church in St. Hilaire, MN. In 1948, they moved to Grand Forks where Dennis was employed by Russell Miller Milling Co., later named Peavey Co. Flour Mills. After the births of four children, Helen returned to teaching in Grand Forks, teaching primary grades at Belmont, Roosevelt, West, and Lewis & Clark elementary schools. She received her four-year degree at the University of North Dakota. In 1971, Dennis and Helen moved to Superior, WI, where Helen taught at the UW-Superior lab school in the College of Education. When they later moved to Duluth, she taught in the Duluth school system, retiring in 1984. From Duluth they moved to her parents’ farm near St. Hilaire, MN. After selling the farm, they moved to Bemidji, MN, where they resided until her death.

Helen was preceded in death by her parents and her son David, her brother-in-law, Richard Johnson, her sister-in-law and brother-in-law Marilyn and Willis Wagner of rural Fisher, MN.

In lieu of flowers and with respect to Helen’s love of education and music, memorials may be designated for Bemidji’s Headwaters Music & Arts, or the Endowment Fund of First Lutheran Church in Bemidji.

Condolences may be left at ceasefuneralhome.com 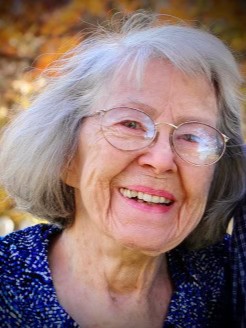