Geraldine Mae Watson was born December 21, 1932 to Ralph and Esther (Laity) Watson in Lakota. She spent her youth in Devils Lake, except for time during WWII when her family lived in Glendale, California while her parents worked at Lockheed. She spent her senior year in Lakota graduating in 1950. Following high school she worked for Northwestern Bell as a telephone operator. On February 16, 1955 she married Milt Wagness. She began working at Lakota City Library in 1978; becoming head librarian two years later. She retired in 2013 and was surprised, but pleased, when the library addition was named and dedicated to her and Milt in 2017.

Gerry is preceded in death by her parents; and her husband, Milt. 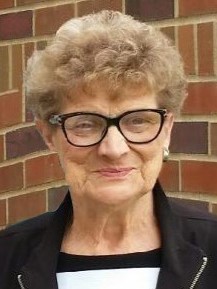