David Allan Rendahl, 81, died in Casa Grande, Arizona, on March 5, 2022. David was born on November 23, 1940, in Rugby, North Dakota, the son of Lester Julian and Signa Flaat Rendahl. He grew up and lived most of his life on the family farm in Benson County, Impark Township, Fillmore, North Dakota. The farm was homesteaded by his grandmother, Sena Amdahl Rendahl (Rendedal in Norway), in 1899.

He began his education in Fillmore, ND, and graduated from high school at Dakota Lutheran Academy in Minot, ND, in 1958. He started college at NDSU and completed his bachelors degree in economics at Concordia College in Moorhead, Minnesota, after serving in the National Guard for six months. After a year working in Minneapolis, MN, he returned to Fillmore where he farmed with his father, making him the third generation of his family to cultivate and graze the land.

David met Ruth Constance Martin at Concordia and they were married in Berlin, New Hampshire, on January 1, 1966. Ruth and David had two children, Randy and Kristi. Ruth died on June 12, 1977.

On January 12, 1980, David married Laura Mary Jacobsen in Rugby, ND. David and Laura continued to raise cattle and grain crops until he retired in 2002. A reserved and pensive man, David mowed a path in the pasture of the farm for his daily walks. He also enjoyed taking walks in the desert near their winter “snowbird” home in Arizona. One year David and Laura hiked into the Grand Canyon to camp. En route to Arizona each year, they visited many museums along the way, often staying in a town to visit the same museum several days in a row. Ever the farmer and curious mind, he learned about the flora and fauna of wherever he was, as well as the agricultural and other industries of the area.

The travels of David and Laura took them across the Atlantic several times to explore their respective family connections and roots in Norway and Germany, learn about the history of the Vikings across Scandinavia, and visit their daughter when she lived in the country of Armenia. They often participated in tours, whether in the United States, Mexico, Europe, or elsewhere, and took full advantage of the experts who led the tours by asking countless questions. In preparation for one tour led by a professor of medieval European history from Tulane University, David watched the professor’s entire Great Lecture series on the topic – not just once, but twice – in advance of the trip.

Over the years, David was a man of many hobbies. He fished in the lakes of North Dakota, and went deep sea fishing in Alaska and elsewhere. He maintained beautiful gardens, became an avid bird watcher, erected homes for purple martins as they migrate across the country, freeze-dried many gallons of berries, collected a diverse selection of unique rocks for his rock tumbler, and took Norwegian classes. He was awarded a Centennial Tree Farmer award for planting 1,000 trees on his farm. He also built and posted homes for bluebirds and bats, always contributing to the ecosystem of the area.

David was active in Toastmasters International, Sons of Norway Odin Lodge 4-87, the Democratic-NPL party, and Bethany Lutheran Church in Rugby. He served his community as a member of the Impark Township Board, the sexton of the Fillmore Lutheran Cemetery, and as a volunteer firefighter for the Esmond Fire Department.

David was admired by his family for his devotion, steadfastness, honesty, pragmatism, kindness, and dry sense of humor. He was stoic in expression, but keenly observant of the world. His last years and months were a testament to his strength, resolve, grace, and ultimately, acceptance of change.

His family is grateful for the support of friends over the years, as well as the caregivers, nurses, physicians, specialists, and others in both North Dakota and Arizona who have guided the way through the health care system and enabled a good quality of life throughout the challenging journey.

Funeral services will be held at 11:00 a.m. on April 9, 2022, at the Niewoehner Funeral Home in Rugby with Rev. Jon Halvorson officiating. Friends may pay their respects from 9:00A.M. until the time of the service. Following the funeral service, a reception will be held at the Coffee Cottage on Highway 2. He will be buried later in the spring at Fillmore Lutheran Cemetery. Military honors will be provided by the Clarence Larson Post #23 – American Legion and the North Dakota Military Honors Detail. 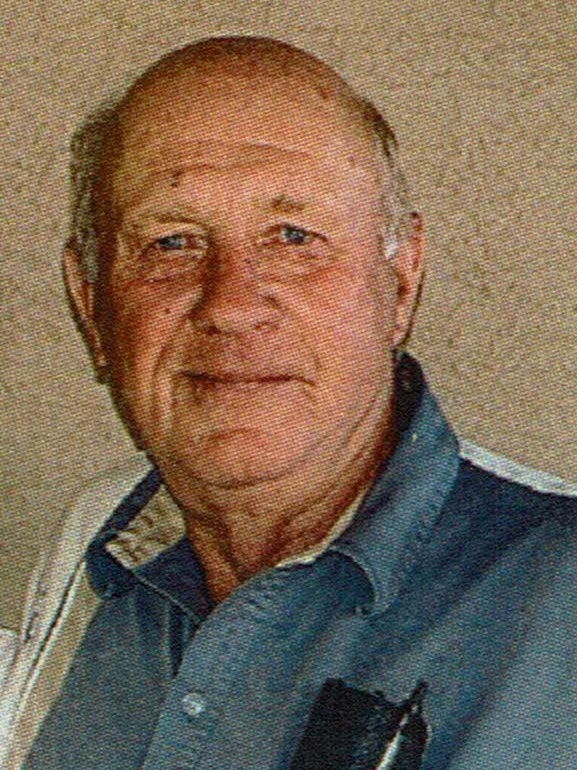