C. Mardell “Mardie” Thompson (Haroldson), 95, of East Grand Forks, MN, passed away peacefully surrounded by family on Thursday, October 27, 2022 at Valley Senior Living on Columbia in Grand Forks, ND. Claire Mardell Haroldson was born October 12, 1927 in rural Hatton, ND to Melvin and Clara (Erickson) Haroldson. She attended country school in rural Hatton and graduated from Hatton High School. She continued her education and graduated from Aaker’s Business College. In 1946, Mardie and her sister, Gerri, moved to Oakland, California where Mardie worked at a savings and loan. While living in California, Mardie worked for two years as a personal assistant to Peggy Lee. She also graduated from modeling school while working and living in California. She returned to Grand Forks and worked for KILO Radio Station as a secretary. After returning to Grand Forks, Mardie met the love of her life, Dennis Thompson. On November 4, 1951 she married Dennis at United Lutheran Church in Grand Forks, ND. They were married for 71 years. Following their wedding, Dennis and Mardie moved to Seattle, WA where she worked for the Seattle Times Newspaper until Dale was born. In 1954 they returned to East Grand Forks, MN, where they raised their family. Mardie worked for Our Savior’s Lutheran Church as the office manager for 28 years until her retirement in 1995. Mardie loved people and helping others. Her family was everything to her. Mardie was a prayer warrior for her family and friends. She loved to bake and share her talents with others. She was an active member at Our Savior’s Lutheran Church. Mardie & Dennis loved to spend time at Strawberry Lake. Family members who survive Mardie include her children, Dale Thompson (Robin) of Grand Forks, ND, Mark Thompson (Vicki) of East Grand Forks, MN, and Sheryl Lehman (Cory) of Fargo, ND; 8 grandchildren, Kari Suedel (Travis) of Grand Forks, ND, Michael Thompson (Danielle) of Plymouth, MN, Daniel Thompson (Leah) of West Fargo, ND, Jacob Von Bank (Michelle) of Fargo, ND, David Thompson (Bailey) of East Grand Forks, MN, Alex Thompson (Megan) of Fargo, ND, Maria Flaa (Corey) of Fargo, ND, and John Thompson (Ashley) of Fisher, MN; along with 11 great-grandchildren and another great-granddaughter due in November; and sister-in-law, Bernice Johnson of Chaska, MN. Mardie was preceded in death by her husband, Dennis; her parents; brother, Gene Haroldson; and sister, Gerri Thompson.

Memorials can be directed to Our Savior’s Lutheran Church or to the donor’s choice. 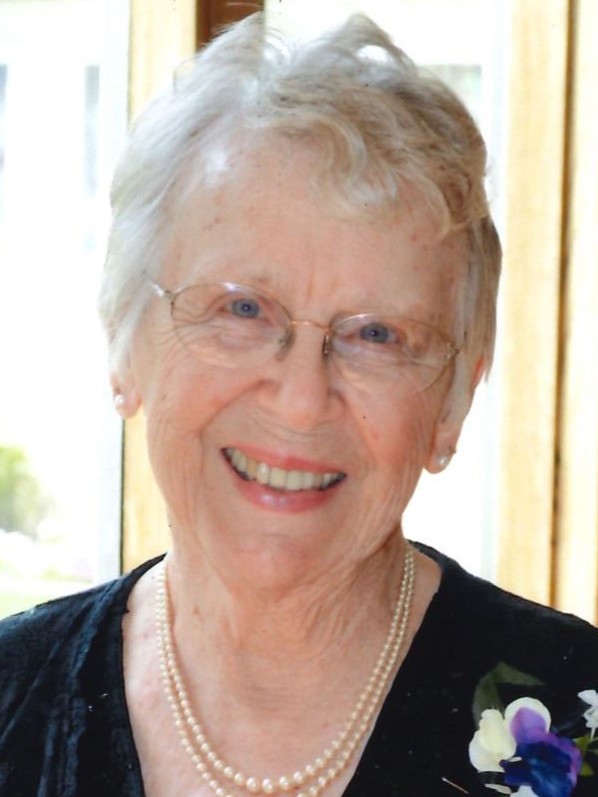