Burnette Martine Hjelmstad was born April 6, 1941, at the family farm near Holmes, ND, (east of Northwood) to the late Nathan and Lillian (Helgason) Hjelmstad. She grew up on the family farm and was baptized and confirmed at Stjordalen Lutheran Church. She attended all 8 grades at Union Dist. 101 country school and graduated from Mayville High School in 1959. She attended Mayville State Teachers’ College for 2 years, graduating with a Standard Degree in Elementary Teaching Certificate in 1961.  She met her future husband, John Hobbs, while playing in the MSTC band; both played trombone. She then taught school in Sharon and Walhalla, ND. In the summer of 1963, she returned to MSTC and completed her Bachelor’s Degree in Elementary Education and Music in December, 1964. She taught at schools in Park River, Gilby, GFAFB, Yankton and Heckla, SD, Fordville-Larkin, Devils Lake, and Crary, ND. She substituted in many schools also and gave piano lessons to many children.  Bette married John Hobbs of Park River, ND, on June 6, 1964, in Cyrus Lutheran Church, Cyrus, MN. They made their home in Mayville, ND, while both finished their Bachelor degrees. They were blessed with three wonderful children; David in 1970; Kelly in 1973; and Michael in 1978. Bette and John celebrated their 50th Wedding Anniversary in 2014, and at the time of her death, she and John had been married over 57 years.  Bette was a member of Peace Lutheran Church in Devils Lake. She was also a member of the Elks Community Band for 24 years, a member of Delta Kappa Gamma, Lambda Chapter, the American Association of University Women, and several bowling leagues. She also enjoyed swimming. She had a beautiful singing voice, and she sang in many choirs.  Bette was a wonderful, kind-hearted and loving person, wife and mother, grandmother, and great-grandmother. She was a loving friend to everyone and always had a ready smile and kind words. She also liked to cook and bake and made the best buns, cookies, and pies.

Arrangements are being made with Gilbertson Funeral Home of Devils Lake, ND. Services for Bette will be in Devils Lake Cemetery in the spring of 2022. 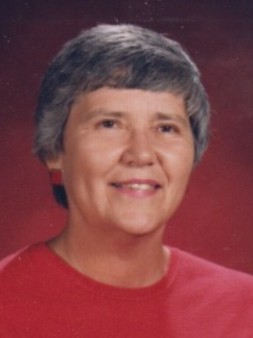